Editor’s note:  I received the same message today that I received last year.  Oddly enough, today would have been my mother’s 75th birthday.  She’s gone now, thanks to metastasized breast cancer.  If you do nothing else for yourself, please do the and share it with the people in your life.

It’s that time of year again, and by that I mean it’s the time for slacktivism in the name of breast cancer. While the games haven’t surfaced (yet), There’s a different one currently going on.  I woke up to see a notification on messenger from my friend’s daughter that said the following:

As per my usual stance, I had to tell her no because these things make me angry but assured her that I would get a reminder out.  If you’re new to following me, I must explain that I get really angry with the slactivism.  You see both of my parents died of cancer.  My father died of a mesothelioma (the ones that the attorneys advertise) and my mom was diagnosed with breast cancer just 6 months later.

She went through months of medication and radiation, constantly in pain from the literal burns to her skin.  6-1/2 years later, and after yet another clean bill of health from her bi-annual checkups from her breast oncologist, we went on the vacation she’d always dreamed of to Alaska. She had fallen getting in and out the boat she boarded to go salmon fishing.  She caught a nice one too, over 2 feet long!

When we got home her shoulder suddenly started getting worse instead of better.  That’s when they found a spot on her liver.  They did further testing and revealed that a tumor was in her liver and not on it as it appeared initially and was progressing pretty rapidly.   With the confirmation, they gave her 4-6 months to live, but she died one month later when the tumor had grown so large that it literally caused her liver to rupture/explode.

Now for those who haven’t been around someone with cancer, there are several forms of treatment; chemo and radiation being to the two biggest.  Radiation therapy causes a burn to the skin that’s like the worst sunburn you’ve ever had. It was brutal, and it hurt her so badly, just putting a t-shirt on was painful and putting on a bra and going to work, much less going to work all day.  Think about working with the worst sunburn you’ve ever had and then multiply it several times.  It can also cause other issues like lumps under the skin (doesn’t that sound like it would be pleasant to add to the already wonderful situation.

Chemotherapy is another type of radiation therapy but instead of being topical (directed to the skin from outside the body) it is invasive, meaning taken internally.  And because it’s an invasive therapy, it means that it can have side effects anywhere in the body instead of it remaining in the area targeted like radiation therapy does.  There’s too long of a list for me to cover all the side effects of chemotherapy;  if you’d like to see them and learn more please visit the National Cancer Institute’s Chemotherapy Side Effects series, there are 18 documents in total.

Educating yourself and others are what needs to be done to finally win this battle.  Cancer has claimed *BILLIONS* of lives.  There is nothing to whisper about behind the scenes. Preventing cancer is not in poor taste, it’s not obscene.  For the record not only do men have wives, mothers, girlfriends, sisters and daughters who have, have had or possibly will have this and they need to know about this too, men can also get breast cancer.  Tell me the last time you saw a game of tag about that? 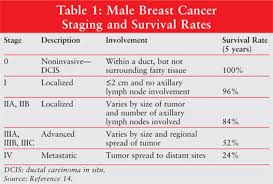 So speak up and speak out.  Stop whispering and playing online games, and thinking you’re off the hook because you bought something with a pink ribbon on it in the past 20 years.  We need to save the people, not the tatas.

So please, check them before cancer wrecks them.  If you’re a woman who is sexually active, consider doing it with your partner since chances are they are more intimate with your boobs than you are (or at least they try to be).  The Five Steps of a Breast Cancer Exam

Maggie Valera
“Art and Giving are Food for the Soul”

P.S.  While we’re talking about it, guys need to be reminded too.